Hey all, how are you doing? It’s Friday (woot woot!) and it’s been a busy week. What have you been up to? This Sunday, we’ll be exactly 2 months away from the magical time that is Christmas. When I heard about this fantastic Winter Festival that’s coming to Bolton town centre, I did a mini somersault of glee (in my head of course).

It’s a special seasonal programme featuring celebrity chefs, a festive market and two ice rinks which kicks off from Saturday, November 28 to Sunday, January 3. The town centre will be putting on its best festival finery with several attractions in and around Victoria Square. 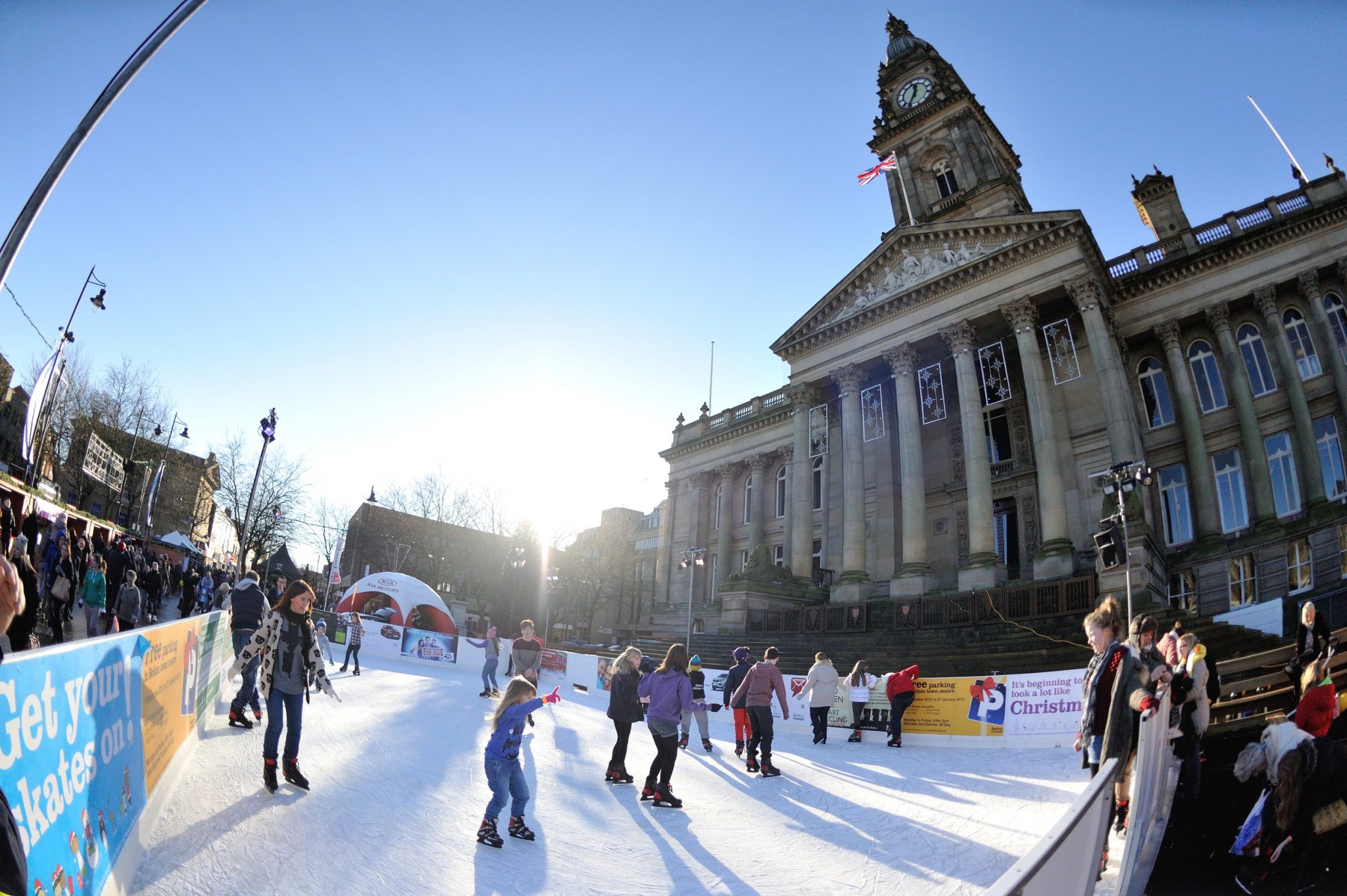 The programme has been organised by the council, with the support of sponsors Market Place Shopping Centre, to attract thousands of shoppers in to town. So who will be there, apart from yours truly?

The 2015 BBC Masterchef champion, Simon Wood will be hosting Nordic-themed supper nights (how cool is that?) and Great British Bake Off finalist Luis Troyano will be performing Christmas themed cookery demos in giant tipi tents set up in the square.

The two tipis will also host entertainment, bar, food, and a stage area. The Mayor’s Christmas Fayre will also be held there on December 5. For the first time in its history, the square will be covered with not just one, but TWO ice rinks, with one especially for children and winter sports such as curling, and a super-sized one for skating. It’s been a while since I went skating so I cannot wait for this.

Do you believe in Santa? For the little ones (and the ones that refuse to grow up and be stuck in a Peter Pan world), Father Christmas will be returning with a new and larger Santa’s Grotto, on Oxford Street, which will also become a story telling and children’s entertainment area after Christmas Day. The grotto is being sponsored by Party and Play Funhouse, from Westhoughton and prices and times vary for the cookery demos, supper nights and attractions. Tickets will go on sale on Monday, October 26 on www.visitbolton.com/winterfestival, so be sure to get clickity clicking then.

As if all this wasn’t enough, from Monday, December 1 to Sunday, December 6, a Festive Artisan Market along Deansgate will feature a range of stalls selling quality food, drink and local produce. There’s something so deliciously quaint about festive artisan markets. I love walking around the markets having donned a snuggly woolly scarf and gloves surrounded by twinkly lights and sipping mulled wine. Which is just as well, as the square will be filled with illuminated Christmas characters, animated Symphony trees, and a Nativity scene.

Leader of Bolton Council, Cllr Cliff Morris, said: “Christmas is an exciting time, especially for children and families and we always pull out all the stops to make this festive time of year extra special. The huge success of this year’s food and drink festival proved that people love anything to do with cuisine and so we have organised successful contestants in two extremely popular TV cookery shows – Masterchef and the Great British Bake Off – to come along.”

This year there is more for visitors to do than ever before and, combined with the free car parking at some of the town centre’s car parks, this should help to keep the centre bustling and fun over the Christmas period.

The council has introduced free weekday parking after 3pm from next week in the run-up to Christmas in the NCP multi-storey car parks in Deane Road, Topp Way and the Octagon. The free after 3pm parking initiative will run until December 31, 2015. Parking will also be free all day Christmas Eve and New Year’s Day. The car parks already offer free weekend and Bank Holiday parking.

The special Winter Festival programme will follow the Christmas Lights switch-on, held on November 19. Details of the switch-on party will be revealed shortly. Centre Manager of Market Place Shopping Centre, Nikki Wilson-Cook, said: “We are delighted to be sponsoring the ice rinks and the Christmas lights switch-on.”

Thousands of shoppers will be able to enjoy the many exciting events and attractions in the town centre and they will also get the chance to sample the fantastic stores on offer too.

See you there, it’s going to be a rocking Christmas in Bolton!