INDEPENDENTS LEAD THE WAY IN NOTTINGHAM

Year two of the Nottingham Restaurant and Bar Awards is officially underway, with the voting now open until the 12th October 2018.   The public can vote for their favourite venues across thirteen individual categories ranging from Best Nottinghamshire Restaurant to Best Outdoor Space, simply by going to www.nrba.vote. 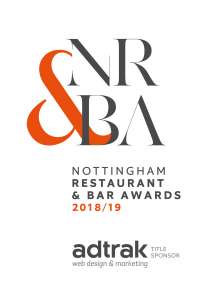 There are two industry awards aimed at rewarding and retaining young people within the industry; Best Young Talent Back of House and Best Young Talent Front of House.  For these, the venues need to actively complete and submit the relevant application forms to be paper-judged before the final four in each category are invited to compete, head to head, in November.

The nominees and winners will be announced at the Awards Ceremony held at Colwick Hall Hotel on the 31st January 2019, hosted by television personality, Mark Durden-Smith.

Year one of the Awards revealed a strong support for independents with fifteen of the sixteen award categories being won by independent operators.  Nottingham’s indies currently have 74%* of the restaurant market in the city.

Dan Lindsay, owner of Bar Iberico said “Winning last year’s Nottinghamshire Restaurant of the Year meant everything to the team here.  We’ve worked hard to turn our passion into a successful business and we’re delighted to have done that in our home town.” Dan adds, “These Awards were just the start of a hugely successful year for us; we’ve now picked up more local gongs including Best Independent Restaurant run by Nottingham BID.  Let’s hope we can continue the trend at this year’s Awards.”

Carina Simon, freelance food and drink journalist, and co-judge of Nottinghamshire Restaurant of the Year category 2018 had this to say about the region’s venues, “The best restaurants in Nottingham right now could hold their own in any city – its residents are lucky to have them. “

Nottingham has long since prided itself on its diversity of cuisine, and whilst it remains a buoyant market for the chains and groups (26% market share*), it seems the entrepreneurial spirit is alive and well in the East Midlands capital.

Reflecting this thriving industry, the last twelve months has seen the groups and chains such as Mowgli, The Alchemist and The Botanist take up residency in the city and county, but there’s still plenty of room for the local, new kids on the block such as the much talked about fine dining restaurant, Alchemilla, and Kushi-ya, the Japanese inspired passion of two local chefs who both trod the boards at one of Nottingham’s own, Bar Iberico.

The bar scene too continues its growth and while gin is still the in-thing, there’s plenty of room in this city for quality and quirky.  From Another? Wine Bar to the new venture from Nottingham’s ex-champion boxer, Carl Froch, Alto, the city continues to offer a lively and successful night time economy for all.

The aim of the Awards is to recognise and reward the venues who put this region on the culinary map as a destination venue.

Chris Robinson, Managing Director of lead sponsors Adtrak, comments “Regardless of our national status, we at Adtrak are keen to support the city and county in whatever way we can.  Supporting such an historically successful event as The Nottingham Restaurant & Bar Awards is a commitment we’re proud to undertake and with our expertise in digital marketing, this event now has an extraordinary reach which will only be of commercial benefit to all those venues that actively participate – and, as it’s free to be involved – it’s a win-win.”

The individual awards include: 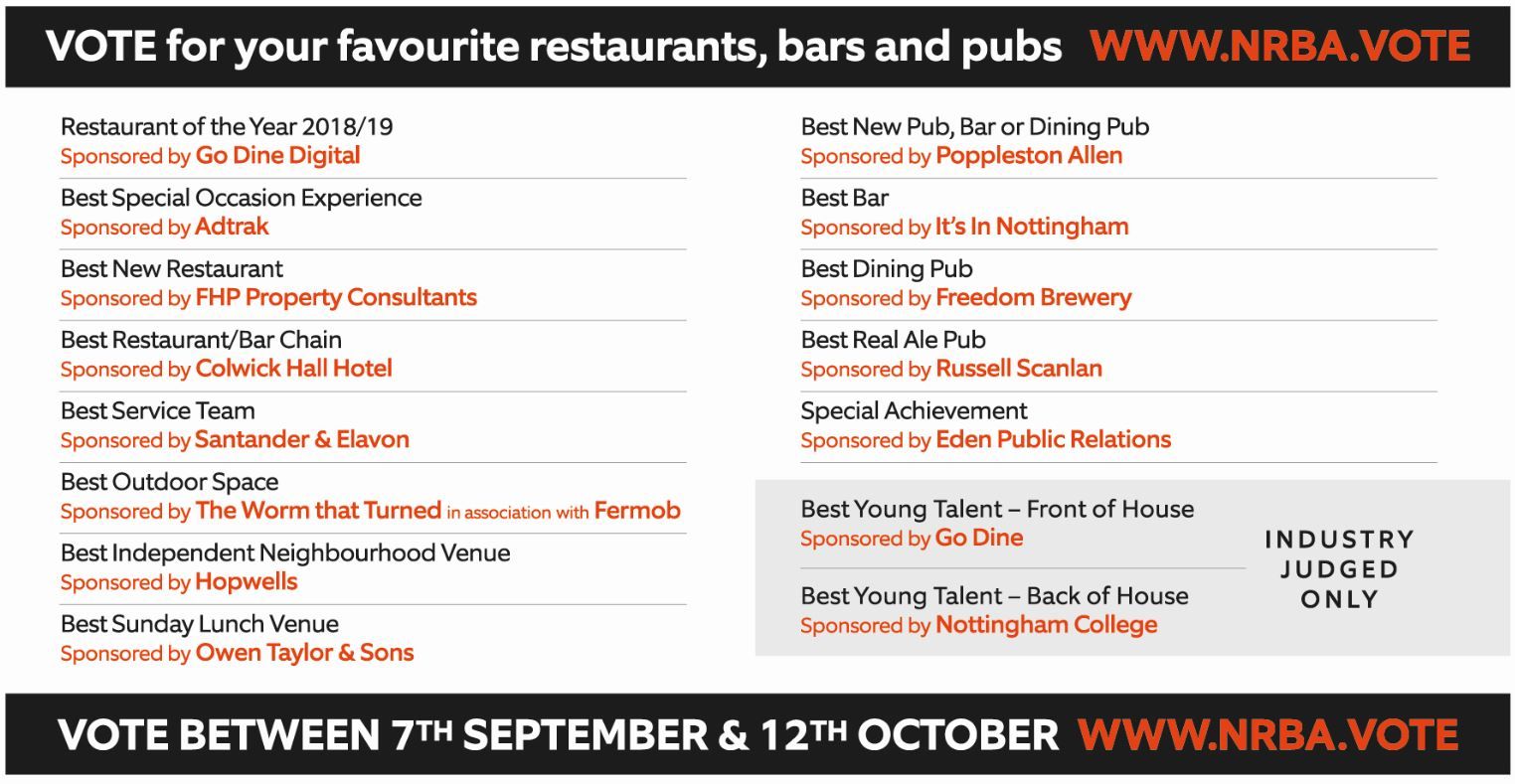 The only question left now is… who will you vote for?